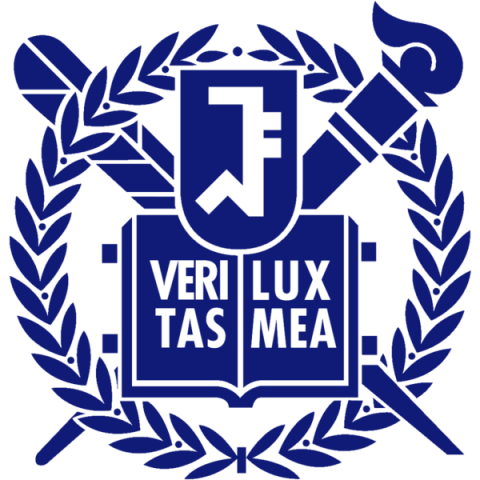 What foreigners say: Really isn’t much said about this program. Those who have attended it would say that it’s more for the long term learner. This assumption is based on the fact that many in the course are there as a requirement to enter into a university course and or masters course at the university; So you are more likely to find people who are looking to build careers in Korea rather than just have a gap year soju bender.

Cost: Regular program during the mornings is 1,580,000 KRW/Term (200 hour course) roughly 100,000KRW cheaper than Yonsei / Sogang but the unpopular afternoon class times are available for 1,420,000KRW which seems like a bargain.

Living: From my very biased opinion the living area is the real selling point for SNU. Surrounded by Gwanak Mountain there are multiple areas with easy access to the university which also provide competitively priced officetels and quick access to local nightspots either at Sillim, or further down the train line with Gangnam and hongdae both 20 minute trips either way.

The main area for students is in Sillim-2dong, a little valley “town” of Gwanak Mountain which is colloquially known by most as “Goshichon” (고시촌) or “Nokdugori” (녹두거리). The first nickname is derived from the fact that the area is home to many well-known law hagwons (Academies) and study rooms (독서실) which are filled with aspiring lawyers who are preparing for the Korean equivalent to the BAR exam. There are the 3 famous tests in Korea, the Law exam, the government servant exam and the foreign diplomat exam; all with ridiculously tough entrance requirements and even harder competition rates. Students preparing for these tests are known to go own self-imposed sabbaticals in which they live in Goshichon for 2-3years to focus on their studies. Add in the SNU students and also students for nearby Soongshil and Chungang and basically it’s a little town for nerds with track suit pants combined with sandals the fashion of choice. Despite the large population of students there is not much of a party scene because most are so concerned with their studies but there are plenty of bars for stressed students to unwind and more than enough places to eat on the cheap! Local coffee shops charge around 1,000 – 2,000 KRW and there are a selection of “Student” restaurants which will be a slightly cheaper version of Kimbab Cheonguk. Living in the area you are only a 5 minute bus trip away from Sillim Station which is a poor man’s substitute for Hongdae/Gangnam but none the less serves just fine as an alternative area to go out for drinks with friends. Beyond that you will be around 20-30 minute walk from the SNU campus and around the corner from the entrance to Gwanak Mountain, one of the easier and hence more popular mountain climbing trails in Seoul. Prices in this area vary but I have stayed here and friend have also stayed here for 2,000,000KRW Key money or less; paying around 200,000 – 400,000 KRW / Month rent. So it’s a good option for someone without key money and for those brave enough has tiny spaces (literally just a bed) available for practically nothing.

Beyond this area you also have the option of living in the areas surrounding Seoul National University Station (Bongcheondong; Nakseongdae) both are excellent options and provide a slight upgrade to living in Goshichon. I have previously lived in Bongcheon for 5,000,000 KRW / 450,000 KRW month rent in a nice one bedroom officetel. These areas provide something a little different to Goshichon and are a mix of apartment buildings and small officetels / jutaeks. In and around these areas are lots of little marts, dry cleaners and local pizza / chicken shops so they are great areas for anyone looking for a bit more of an authentic community feel in a less well known area. But just keep in mind that most of the students will be in Goshichon or nearby and so you will sometimes get annoyed at always having to take that 10 minute bus up and down the hill to get to the “Chon” (Goshichon)

There is also shared rooms available in the SNU dormitory but it’s location at the top of the campus hill makes it a bit of a nuisance for late night drinking down in Goshichon. Also there was a suicide there a few years back so that would put me off recommending staying there.

Student Body: Surprisingly a lot more mixed than at other universities. There is always a strong Chinese presence but as I have stated it also acts as a stream for non-Koreans to enter into SNU courses. Expect a good representation from Mongolia, a few Americans, Europeans and a token Aussie or Kiwi. Not as many Japanese/Russians as other places. It should also be noted that during my time there were almost no Korean Gyopo’s - a stark contrast to Yonsei.

Atmosphere: A lot more focused towards studying with a strong community feel. With the majority of students all living in Goshichon you get a good chance to create strong bonds over drinks. Definitely for the types that prefer the low-key style of fun – quiet barbecues, pool, darts etc. If I was to compare it to Yonsei/Sogang I would say that Yonsei is like going to a new party every night while SNU is like going to your mates to play video games. Because most students are set to be in Korea for 4-5 or more years it allows everyone to get to know each other without the feeling that each term will be a brand new party with brand new people.

Culture / Job Opportunities: Very limited. Don’t expect the same amount of opportunities as Yonsei to appear on TV shows or find English tutoring. That said there is still a few part time opportunities posted on the SNU notice boards. Teachers are not really well connected either for significant job opportunities. Most of the students are preparing to go into university so there is a lack of networking opportunities for the slightly older business professional.

I really wanted to give it 5, but the lack of networking and job opportunities meant I drunk the 5th Soju. SNU strong points lie in its surroundings and for those that are sick of the heavily urbanised feel of Seoul living in a valley of Gwanak Mountain can provide a nice break. I certainly recommend this university for any students about to go into levels 3 or beyond and for those who considered themselves a more focused student. If you are after the party life then SNU is probably not for you; but if you like going out at midnight for a quick drink and a bite to eat with your mates in your pajamas then SNU is your best options.

User Reviews:
Please add your own reviews in the comment section addressing the following criteria