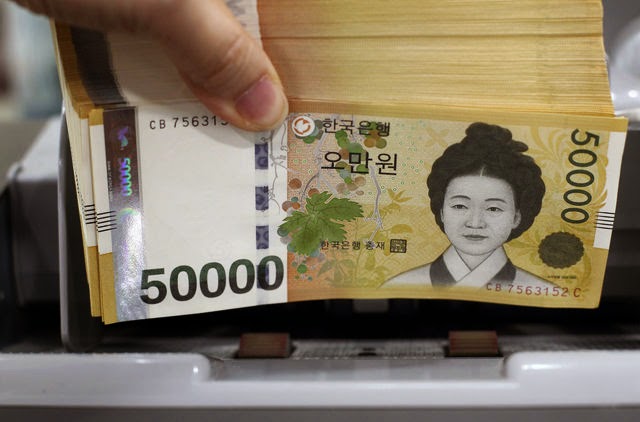 The structure of the salary system at Korean companies is vastly different than what many westerners will be accustomed to. I can only speak for Australian/English companies which are based on a job role remuneration system - that is you get paid for the unique job role. Under this system an accountant, engineer, marketer, administration, lawyer etc will all have varying levels over a varying amount of experience levels and industries.

In Korea, however, most companies do not employ a job-role remuneration system - instead a large majority of companies including the major chaebols use a length of service type remuneration model. Pay is based on your level in the company; These levels I have previously outlined in this article.

What is unique about this system is that it is amazingly homogeneous (much like the population) across multiple companies, industries and professions. A new HR graduate recruit at a company will be on the same pay level as a new graduate engineer at the same company despite the obvious difference in importance in Job roles. As an Australian my future pay is determined largely by the profession I have chosen to pursue and on market availability but in Korea this is not the case.

Although Koreans and particularly HR teams believe pay packets are a industry secret on the contrary there is a large amount of ready available statistics in Korean which outline the average wages for each level at various sized companies. Making the ideal of confidentiality a little bit over the top considering that pay across multiple industries and companies will be largely similar. I have chosen these stats as my market average in the below table.

I have compared these stats to my own experience working for a md-large Korean multinational in the HR department (Yes, I looked at everyone's pay!). My initial pay as a graduate was set at 36,000,000 KRW annually which I would say is a good figure and around the level that most new workers going into the major companies can expect; Companies like LG, Samsung, Hyundai, Dongbu, Hanhwa, Gumho, Doosan, SK etc will be paying 35,000,000 KRW or above for new recruits.

Now as I have stated above all new graduates regardless of profession or job role were on the same amount at my company which is standard in the Korean market. As employees progress throughout their careers they will of course see pay increases at varying rates due to either good or bad performance reviews but regardless they are always going to fall within a similar range.

As you can see in the table above market salary in Korea even at the major companies is a lot less than in the current Australian; British; American markets. In Australia I could expect to earn around $65 - 70,000 with my experience of around 3 - 5 years which when compared to the chart above would have me on the same salary level as a Chajang/Bujang which is effectively a team leader / senior manager status in Korea. Then there is also the issue of industry and profession! You can see instantly how this can create issues with Korean companies operating overseas and why they generally hold conservative attitudes with regards to setting pay scales.

What also needs to be noted is that within the levels are effectively steps. So a Sawon has a level 1,2,3 at the end of which point they then move up to a Daeri position. How much your pay increases within those levels is set by a band and your own performance review. Whether I have performed well or not I can still expect to get the Daeri pay rate after my 3-4 years at the company. This is also true for the director level - their are effectively junior (이사) through to senior directors (사장/회장) and pay at this level can vary from anywhere between $100,000 a year to Monopoly man* (Huge Salaries!).

This creates it's own unique issue that rewards complacency and loyalty over work performance. Many of those today in director positions at Korean companies have simply benefited from staying in the company for over 20 years, which in reflection is a massive achievement given Korean working hours and drinking culture, but it isn't always a true reflection of their business and managerial acumen. Koreas aging population is putting pressure on bottom lines and forcing corporate "restructuring" in order to lay-off those who are set to become a director and avoid the high salaries and potentially massive pension payouts (Retirement age is 60 and larger companies have private pension funds for employees)

What is often overlooked and important to remember for both Korean companies operating overseas and for foreigners working in Korea is that Korean company salary packages are specifically tailored to the "employment for life" model in which low salary bases are supplemented by a raft of benefits - If you need a reminder of some of the benefits then read my previous article. From full health insurance, education costs for dependent children, gym memberships, Daily meal provisions or stipends, training funds, mobile/petrol reimbursement, housing support, pension funds. All of these benefits are structured to reward employees who stay at the company for long periods. .

As an example, my previous company would pay for dependent children's education fees after 5 years of service; after 7 years of service this was then extended to cover university fees for said children. So if you had timed it right you could be essentially receiving an extra $20-30,000 per year for your children university fees! not a bad deal considering that base salary is likely to be under 60,000,000 KRW.

The above chart is just a guide and should not be interpreted as an exact reflection of the Korean market but I hope it does provide some insight into the Korean salary system.

If you would like to know more, please contact me via social media
Posted by 마사원 at 12:56