Military culture and it's influence on corporate Korea 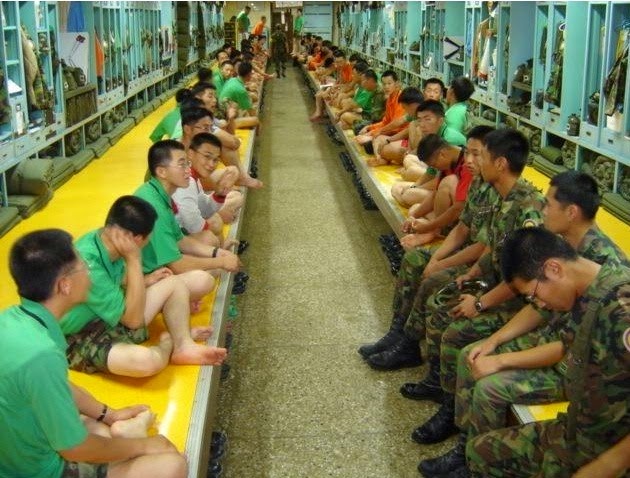 In recent months, long held concerns of relentless hazing and bullying in the Korean army for young men doing there mandatory army service has come to a head. Details of a death of a 22 year old conscript in April after being subjected to lengthy daily beatings, sleep deprivation and constant humiliation came to light after an investigation into the circumstances of the death in August and have prompted nationwide outcry and human rights organisations calling for reform of the damaging culture military service is having on young men.

Military training is compulsory for men in Korea and lasts for roughly 2 years which they must complete before the age of 30. Many who have yet to complete their service are overlooked for jobs while those that have been excused from service due to various illnesses and injuries often face discrimination during recruitment and ostracizing once recruited into a company. During these young men’s formative years they are subjected to the realities of a boot camp life; following orders, constant training, small living conditions, sleep deprivation, verbal and physical abuse, even restricted access to see or even talk to family and friends. During this period many are learning how to build relationships with other men around the idea of strong hierarchy and following orders. Once service is completed these facets of military culture naturally transition into corporate life for new male graduates and could be identified as a major influence and cause of some of the major criticisms against modern day Korean corporate culture.

Juniors in companies are effectively pre-trained "yes" men, literally having been drilled into following orders and never questioning hierarchy, to do as such could bring about retaliation. Along with some of the other less desirable side effects of military culture on corporations such as strict company structures, hierarchy demands, adhoc reporting, boot camp training sessions and “men’s clubs” creating glass ceilings; the growing issue of hazing and bullying of new “recruits” was very much present during my period as a rookie recruit at a Korean company.

“Michael, this is like the army” My fellow co-workers and close friends would regularly joke. But behind this joke was a very sincere criticism. They would tell me of the Korean saying “il(1)pyong-ee(2)pyong” which refers to when 2nd year conscripts take out past frustrations on the “fresh meat” of first year recruits; literally a hazing of "freshers". They seem to have short memories of their own hardships and it is almost a 2nd year recruits duty to carry out the same hazing and humiliation to the new recruits. This is sometimes pressured by other seniors but psychologically packaged as a reward for the year of mistreatment they themselves were forced to endure.

This hazing culture is most prevalent in male dominated industries and company functions. I myself had witnessed various tactics employed to psychologically and physically abuse new male rookie workers particularly in sales teams where a “boys club” was very much formed. There was the time a senior manager blasted a friend co-worker who he spotted laughing in the office – “you didn't come here for fun, you came here to work”; Then there was the 2nd year worker telling me to not look him in the eyes, something many of my friends would joke about over drinks but in this instance my Sunbae (senior) was very much serious. Then there was the odd occurrence of my fellow rookie workers being told not to fraternize with me after spotting us in the lunch room, “It doesn't look good for you to be so friendly with the foreigner; the team leader won’t like it” - an odd mix of bullying and racism rolled into one.

Hazing and peer pressure are most involved in the well documented Korean company culture of hoesik (regular dinner drinks). New graduate employees are force fed shot after shot of soju (a 20% liquor) to prove not only there “masculinity” but their commitment to the company and work team. The negative health effects of binge drinking are well documented and for many recruits having to do 10 shots in as many minutes is a reality that they cannot avoid. Even as grown adults with families they will still be expected to sacrifice time spent at home with there children in favour of keeping up appearances at company dinners. To excuse yourself from such functions could not only result in the worker being ostracized from the entire team but increased peer pressure to toe the line and join in like everybody else. In extreme circumstances new graduates may be forced into sexual acts with prostitutes as the night moves from barbecue joint - to bar - to karaoke - to room salon and other "hidden" forms of prostitution.

My experiences directly with such hazing and bullying were limited as I was of course a foreigner in a Korean company but the experiences shared with me by my fellow rookie co-workers surely only scratches the surface of a larger and more destructive corporate culture.